The way to my heart is paved in food, especially when the food in discussion are trays filled with fresh Maine lobster, dripping with drawn butter. Want extra brownie points? Give me some beer on the side, and you’re golden.

Every year I make the annual trek to San Pedro, lobster hat in tow (yes, I have a lobster hat), and stuff my face with the delicious, heaven-sent crustaceans at the San Pedro Lobster Festival overlooking the Port of Los Angeles, as live bands play and my heart becomes giddy. Giddy with the overwhelming love of all things lobster. Giddy as I stain my clothes with dripping butter, and giddy as I become tipsy in the blazing sun and always-present heat. But hey, it’s ok, because there’s lobster (and I have my awesome lobster hat).

This year’s San Pedro Lobster Festival is taking place September 25th-27th at the Ports O’ Call Village. Tickets are on sale here, with some newly added perks for those looking for the VIP experience. General admission tickets are $10 (lobster NOT included… tack on an extra $23 for a lobster meal), and VIP tickets are $45 (lobster INCLUDED). After feedback, the festival has made a few changes to the VIP offerings, such as including a dessert and lobster roll with every VIP Maine lobster meal, an improved cole slaw recipe (thank the heavens above for that one!), a special VIP bar (can you say shorter wait time for booze?!), weekend access to the festival and more. Kids 12 and under are free, and like always, carnival fun will be available for all the kids and big-kids-at-heart.

The wonderful shellfish-loving peeps over at the San Pedro Lobster Festival has hooked me up with two general admission tickets to give away to one lucky Roaming Bean reader. If ya want to win ’em, ENTER HERE.

San Pedro Lobster Festival has graciously invited me to attend the fest as media. All opinions, like always, are my own. 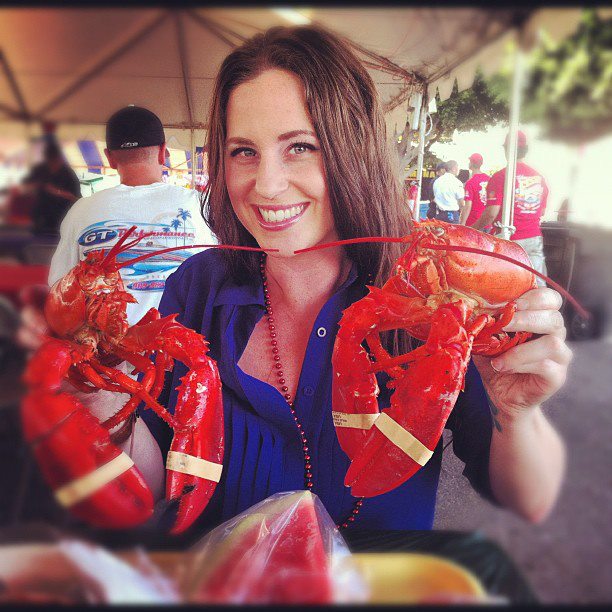 1 Comment on The San Pedro Lobster Festival is Back, & I have Tickets to Giveaway!