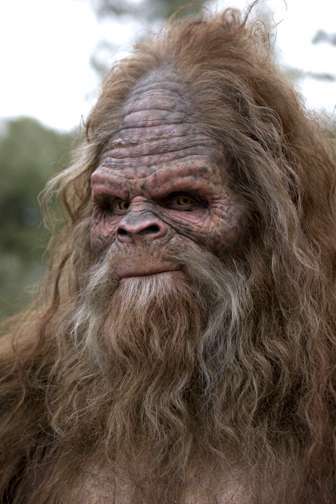 I’m pretty sure I should just blog about the weird, terrible and straight disastrous situations I get myself into while traveling; I’d never run out of things to write.

I left Monday at 8:30am from LAX-BOS on United Airlines. Now, call me crazy (cuz’ I know I am), but I have a “thing” with planes; I won’t fly on lines I don’t know, I won’t even think of stepping into a plane operated by a company I’ve never heard of and I just get nervous about little things that make me feel like my safety has been compromised. So when my first leg of my journey was booked on United, I laid in bed, wide awake all night, sweating profusely, digging my nails into my palms while literally being able to hear my heart pounding its way through my chest walls. Now before I say why, I know my reasoning is really crazy, and it’s not even United’s fault, but it’s my own issues… I hate that 9/11 attacks happened on a United flight, and because of this, I just have never booked a flight with them. Just thinking of the word United, and I’m taken back to watching live news coverage on the fateful day, and it irks me. Again, not United’s fault, and I’m sure others feel the same way, but that’s my problem.

Once onboard, I had nothing but amazing service and one of the smoothest flights I’ve ever flown, and my anxiety had calmed dramatically (thank you to the makers of Xanax and the delightful vodka tonics I gulped prior to boarding). I landed in Boston, caught up with a friend I met while traveling Ireland earlier this year and celebrated with a Guinness, and then I was off to my next journey: my Aer Lingus flight to Dublin!

Little did I know, at this point, that it wasn’t in the cards for me to be in Dublin just yet…

The flight I was scheduled to take was delayed due to technical issues. Just what someone wants to hear. The words technical difficulties and planes just shouldn’t be in the same sentence. The man at the check-in counter told me due to the issues, we were delayed 45 minutes while a new plane arrived, which of course was fine. Yes, put me on a new plane, that works, and you can delay me an extra day for all I care. Just don’t let me plummet to an early death over the Atlantic ocean and we have a deal.

Boarding time was announced, pushed back and finally happened, only to have the Aer Lingus crew take our tickets, quickly tear off the stubs, and let us board. Hopefully, everyone on that flight had a valid ticket, however the people in front of me including myself were basically allowed to board without checking out our ticket information first.

Now I’ve yet to fly with Are Lingus, so I didn’t know what to expect. Yes, that goes against my “I don’t fly lines I don’t know” policy, however after numerous reviews and Googling, I concluded I would give them a shot which is a HUGE move for little ol’ me. I stepped inside the plane and literally gasped out loud!

The plane was brown, it was falling apart everywhere, the carpets were filthy, the buttons on the arm rests were corroding and full of years of what appeared to be human residue buildup (think of millions of dirty hands, all over the arm rests and buttons and then never cleaning them. Then multiply that by ten, and you might have an idea. Might. ) It was as if I stepped into the 70’s and hidden cameras were about to pop out of the overhead compartments, informing us all it was a nasty joke, and that we’d be upgraded to some phenomenal airline for playing along with it, all first-class with free champagne. Sadly, there were no cameras, no first-class and if they can’t afford to clean the arm rests, they sure weren’t feeding us champagne and caviar. The seats weren’t even clearly labeled, causing mass chaos amongst the passengers. Because let’s face it, most passengers have enough trouble finding their correct seats in a normal, up-to-date plane let alone one that is falling apart as it’s being boarded.

And that’s when it hit me: This isn’t an Aer Lingus flight! It’s OAI Airlines…. who the hell are OAI airlines, and why the hell am I on their horrendous idea of a plane???!?!?!?!?!? Well, what the man at the ticket counter failed to inform me, was that not only was I delayed because a new plane was being sent over from Chicago, it was that Aer Lingus rented a plane from some random airline instead of canceling the flight, so the plane and crew weren’t theirs.

How. Fucking. Perfect. (Excuse my language.)

Keeping to my anal fashion of Googling everything to death, I quickly pull out my phone and look-up OAI, only to find the first page to pop-up was from Wikipedia. Yes, just what I want. I love finding safety and company information on Wikipedia, a site that any of the masses can edit. Wonderful. Even better? Per Wiki, it states there are only 9 planes in the OAI fleet. If I had a hard time flying United, and if I Googled Aer Lingus for days before booking my ticket, do you really think I want to fly with an airline practically unknown to the human race? Shit no.

Just then, a woman attendant was joking with the passengers, saying how shitty the plane was, and told us all we were actually sitting in first-class (first-class my ass), the pilot had the cockpit wide open as people walked in and out, and other attendants were yelling at each other OVER the aisles, shouting “everyone sit in your seats.. we need a head count before we take off,” and then continued down the aisles with those little handheld clicky things that keep count.

Enter a MAJOR anxiety attack. MAJOR. I actually felt my chest tighten and broke out into a bright red stress rash. And I’m white as hell, so I looked like a lobster. And I was sweating. Profusely sweating.

I grabbed the next attendant that walked past me and asked if I could get off the plane. The door hadn’t been closed and I had no checked bags, so it was an easy out for me. The man looked infuriated and asked if I was getting off real quick or for good. No, assface, I want off this death mobile for good. He then said he had to ask someone if that was possible, and I stood up and got my things together. No one is asking if I can get off the horrendous plane, I’m getting off and I don’t give a flying crap (pun intended) if the pilot or staff is bothered by my decision. What would have been an easy task turned into a spectacle, as six security people came onto the plane, directly for me and the entire cabin was staring frightfully at me (of course they were. I’d be staring at some nut, too, if they were asking to get off the plane. And then I’d freak out and probably follow behind). I told the lady I had anxiety and the fact that I don’t know the airline is making me nervous and I’d rather just leave. The whole airport security brigade stood and gave me dirty looks, taking it longer for me to get off the mobile of death, and finally they “agreed” I could go.

Once off the plane, I had to be escorted out, which was fun, and the Aer Lingus lady who had the pleasure of dealing with me was actually quite helpful. She stated that normally I’d be charged to switch my flight, but completely understood why I didn’t want to fly on that plane. Obviously, when the Aer Lingus crew is agreeing that the plane looks like something that came out of Sasquatch’s ass, you know you made the right decision. The nice lady also was able to switch me to a flight the following night for no extra fee, since the substitution was at the fault of the company.

Happy to make it through the night alive, I had no choice but to grab a room at a nearby Holiday Inn Express for a whopping $240, roughly the cost of approximately 48 pints of Guinness. Definitely not happy about cutting into my Guinness funds, but I can’t put a price on feeling comfortable with my flight and possibly dying mid-flight due to a heart attack.