For some unknown, unexplainable reason, no matter where I travel to, I ALWAYS end up in a cemetery. Always.

There’s something peaceful about eternal rest, and something incredible about European cemeteries, for that matter. So you could imagine my odd happiness to find I’d be visiting a few different cemeteries during my tour of Ireland with Shamrocker Adventures. I particularly enjoyed the cemeteries located on the property of old church ruins; there’s just a different vibe to them. (yeah, I know, it sounds weird!) Most surprisingly, one of the single most odd beliefs I learned of, dating back to early pagan practices, was found here in Ireland… at a cemetery! Shocker!!

The Killnaboy Church and cemetery in Co. Clare has one of just a few known Sheela Na Gigs on display, which is supposed to be an old hag exposing her…er….”lady parts” as a symbol of fertility. If you touch it, you are said to have much luck in the fertility department. I did not touch the Sheela Na Gig, although I probably should have since I am in my thirties and my chances of bearing children are dwindling as I type this. The church also has the male version of this, which is extremely rare, though the important “male bits” are broken off. Sucks for him… Another interesting fact: this cemetery has numerous burial stones from the famine; these stones mark mass graves that contain an unknown amount of those who passed, and much more can also be seen all throughout Ireland. 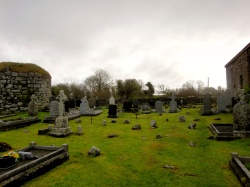 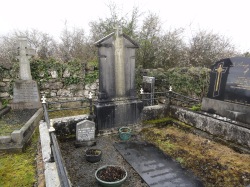 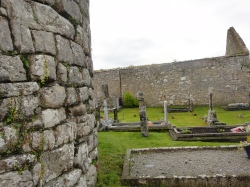 Male version minus his “parts” 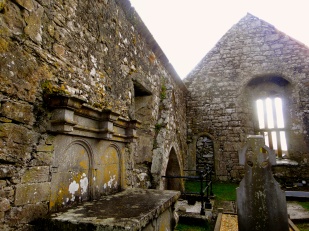 That’s the Sheela Na Gig right above… See it?!

I also visited Poll na Brón, a megalithic tomb in the Burren, dated around 4200-2900 BC. This dolmen, or portal tomb, is one of just a few tombs out of almost 200 ever to be excavated in all of Ireland after a partial collapse. While there are no official reasons why these were built or who built them, dolmens are said to have been used for astrological reasons, religious ceremonies and places of burial. During the excavation of this dolmen, 33 bodies along with artifacts were found. 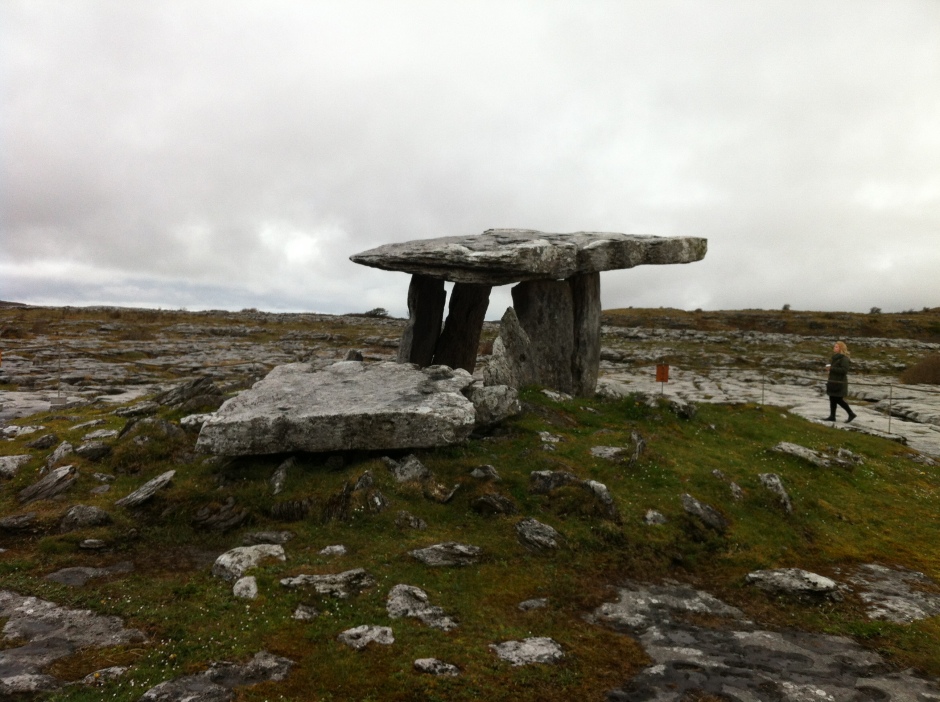 One cemetery that stood out among the rest was that of Monasterboice, which is also home to the most sought-after high crosses in all of Ireland. Once a monastery, this site also boasts Ireland’s tallest round tower as well as the highest high cross. 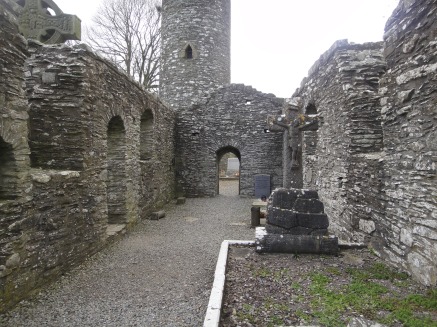 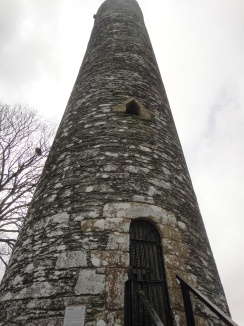 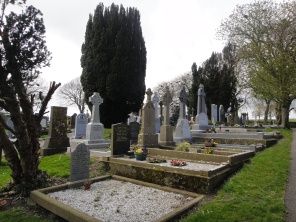 From cemeteries that boost fertility (and stumbling upon those random facts that stand out when reminiscing of your travels), to massive tombs and burial stones, Ireland’s final resting places are inspiring and fascinating. I can only hope that when I bite the big one, I can eternally chill in a spot as alluring as those in the Emerald Isle. Perhaps a burial under a Sheela Na Gig would be suitable, as it’s a bit ironic to have something aiding in the gift of life, while being surrounded by the dead….

What are your favorite cemeteries around the world?!

A HUGE thanks to Shamrocker Adventures for hosting my travels and allowing me to see the divine cemeteries of Ireland! All opinions, like always,are my own.